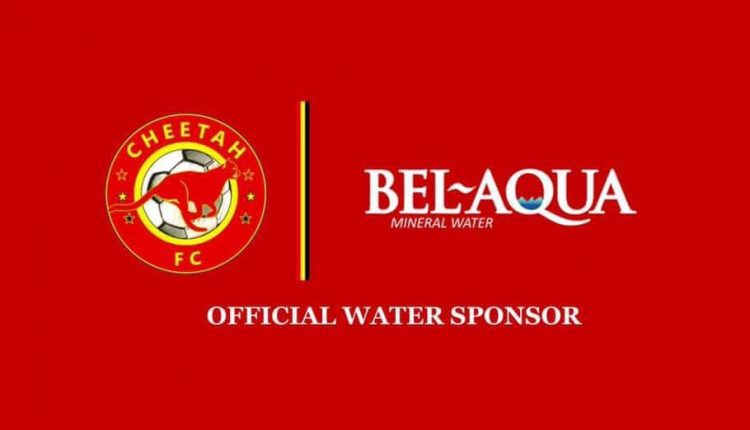 Ghanaian lower-tier outfit, Cheetah FC have secured a sponsorship deal with Bel-Aqua, according to the club.

The club playing in the lower division has over the last few years risen to prominence and is currently regarded as one of the best-run clubs in the country.

VIDEO: Rebranded Cheetah FC are providing an opportunity for…

In a bid to set itself apart, the club has been in talks with a number of companies to secure partnership and sponsorship deals.

On the back of fruitful talks, Cheetah FC have today announced that they have agreed to a one-year deal with Bel-Aqua.

“Cheetah Football has signed a one-year sponsorship deal with Bel-Aqua to be their official water sponsor,” the club announced in a post on their Facebook page on Wednesday.

According to Ghsportsnews.com source, more of similar deals will be announced in the coming months to help the club grow.

$25 million budget for all national teams, not only Black Stars – Sports Minister clarifies

Joint statement by the IOC, IPC, Tokyo 2020, Tokyo Metropolitan Government and the Government of Japan