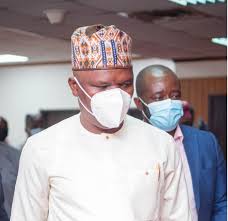 The Minister for Youth and Sports, Hon. Mustapha Ussif, has tasked the Senior National team the Black Stars of Ghana to end the long AFCON Trophy drought which has prolonged for 39 years as well as qualify to the 2022 FIFA World Cup in Qatar. 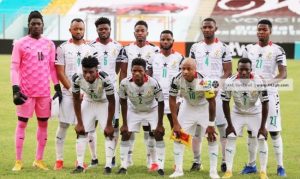 The Black Stars have come close to ending the trophy drought in the last decade, 2010 Angola losing to Egypt in the finals and in 2015 Equatorial Guinea- Gabon as the Stars lost to Ivory Coast on penalty shootout.

Ghana have secured qualification to the 2021 Africa Cup of Nations following a 1-1 draw South Africa on Thursday.

The sports Minister took to his Facebook page to congratulate the Black Stars for their qualification. He tasked the team to end the long AFCON Trophy drought as well as  qualify for the 2022 FIFA World Cup in Qutar.

“Kudos to the Black Stars for beating Sao Tome and Principe to finish top of a highly competitive AFCON qualifying group.

The focus now should be on preparing adequately for the upcoming Qatar 2022 FIFA World Cup qualifiers, as well as next year’s AFCON in Cameroon.

Government is committed to providing the required support towards achieving these national objectives”.

The Black Stars of Ghana put up a Spirited performance to top Group C at the end of the 2021 AFCON qualifiers beating Sao Tome and Principe by 3-1 at the Accra Sports Stadium.

Ghana will face South Africa, Zimbabwe and Ethiopia in the 2nd round qualifiers of the Qatar 2022 FIFA World Cup.