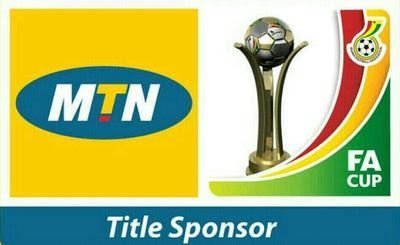 Ghana Football association (GFA) have released dates for the knockout round of the 2020/21 MTN FA Cup.

The FA cup enters round of 32 as the draw for the round is set to take place on Thursday.

The competition is left with five stages to complete the domestic cup.

Ghana FA Reveals Date For Hearts of Oak vs Windy…

A release by the GFA on Tuesday afternoon has revealed that matches for the round 32 will start on Friday, June 18 to Monday, June 21.

Whereas, the round of 16 matches will be played on Tuesday, July 6- Thursday, July 8.

According to the FA, dates for round 16 and quarter final games are subject to change.

The release indicates that the final games for the 2020/2021 Ghana Premier League is pencilled at Friday, July 16- Sunday, July 19. 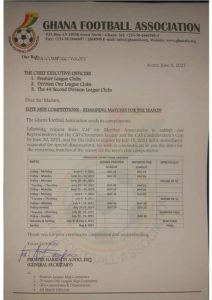 Ghana FA Reveals Date For Hearts of Oak vs Windy…

MTN FA Cup round of 32 matches to be played this…