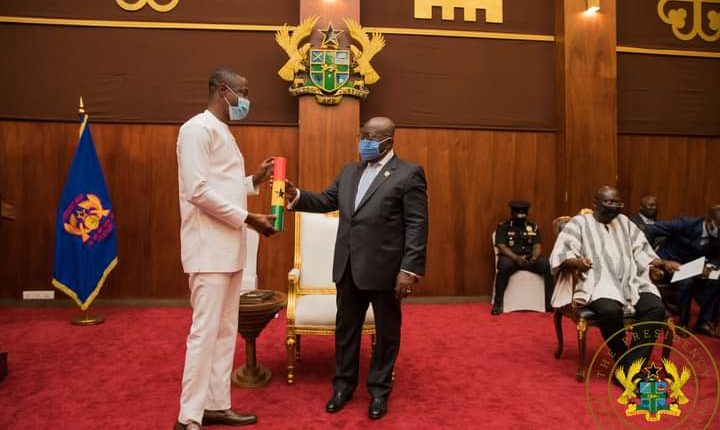 Member of Parliament for Asunafo North, Evans Opoku Bobie has been sworn into office as the new deputy Minister for Youth and Sports by Nana Akufo- Addo.

The swearing-in ceremony took place on Friday, June 25, 2021 at the Jubilee House in Accra. 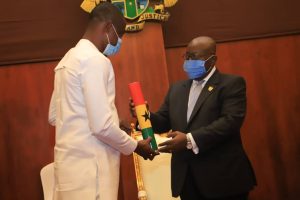 $25 million budget for all national teams, not only Black…

The 46 year old have joined substantive minister Hon. Mustapha Ussif at the ministry responsible for the development and promotion youth and sporting activities in the country.

He is replacing Perry Okudjeto who served as the deputy Sports Minister during Isaac Asiamah last administration.

A former football player at Goaso local team. A top-notch banker with over 15 years of experience
with Ahafo Community Bank Limited.

Mr. Opoku worked with the Department of Community and Development at then Asunafo Assembly as a National service personnel between August 2002- July 2003. He secured his first job as a credit Manager for Ahafo Community Bank between August 2003 – July 2005. He rose through the ranks to be come the Personnel and Administrative Manager for the Bank between September 2008 – December, 2010.

Due to hardworked and dedication, he then became the General Manager for the Ahafo Community Bank LTD.

Mr. Opoku had his Secondary level education at Goaso Secondary School, He obtained his diploma in Adult Education from the University of Ghana, Legon in 2002. Bachelor of Arts in Social and Psychology in 2008 and holds a Master in Development Management from University of Cape Coast (UCC) in 2012.

Mr. Opoku has a certificate in Bachelor of Law from KNUST in 2020.

June 2008 – Poverty reduction among women.
Case of micro-credit with education at Kukuom in the Asunafo South District of Brong- Ahafo Region.

May 2002 – The causes and effects of bushfire on agricultural productivity at Hwidiem in the Asutifi District of Brong Ahafo Region.

He is being recognised as one of the best performing regional ministers during his tenure of office in the Bono, Bono East and Ahafo Regions. He is expected to excel at the sports ministry.

$25 million budget for all national teams, not only…