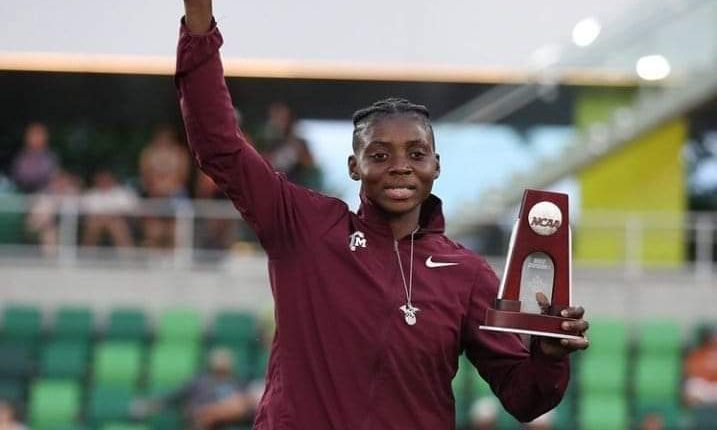 Ghanaian long jumper and national record holder, Deborah Acquah, has attributed her success in the just-ended 2022 Commonwealth Games to her readiness to win a medal for Ghana and make the nation proud at the world stage.

Acquah, who holds the national record in the long jump, won the bronze medal in the Women’s long jump at the ended 2022 Commonwealth Games in Birmingham last Sunday.

She came in third after a leap of 6.94m in the final, only behind Australia’s Brooke Buschkuehl (silver) and Nigeria’s Ese Brume, who recorded a new Games record leap of 7.00m to win gold.

Speaking to the media on her arrival, the US-based athlete said she was psyched up and was not nervous because she knew how ready she was to deliver.

“I was not nervous from the onset because it was not my first competitive experience. I was at the 2019 African Games in Rabat and won silver; also at the World Athletics Championships in Oregon in July this year, though I missed out on the final in the Women’s long jump”, she said.

She missed out on the final of the women’s long jump event at the World Athletics Championships in Oregon, but booked a final spot in Birmingham despite her late arrival to win Ghana’s first ever medal in Commonwealth Games women’s long jump.

The Texas A&M University student, who received her UK visa, only 48 hours before her scheduled event at the Games, topped her qualifying group with a leap of 6.85m.

Two days after her delayed arrival in Birmingham, Acquah has a medal to show for her hard work and determination.

Deborah hinted of spending time with the family and prepare for the next task.