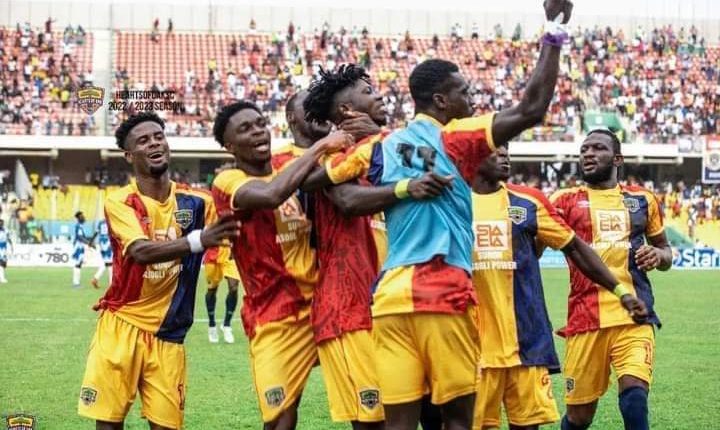 Accra Hearts of Oak stop-gap coach, David Ocloo has announced a 20-man squad list for their all-important fixture against ASR Bamako on Sunday.

The Phobians will be hosting the Malian top-tier club in the second leg tie of the 2022 CAF Confederation Cup preliminary round game at the Accra Sports Stadium.

Hearts of Oak will be eyeing for a resounding victory to overturn the 3-0 defeat to the Scorpions in the first leg tie staged in Bamako last weekend.

MTN FA CUP SCORED BOARD: Detailed Results On All Round Of 32…

Rustum Gameli Senorgbe: The Man To Officiate Hearts of Oak…

Coach Ocloo has made changes in his squad list for the penultimate clash as Eric Ofori Antwi, Yassan Ouatching and Daniel Kordie have been dropped.

Duo Isaac Mensah and Salifu Ibrahim have returned to the squad list after missing their trip to Bamako due to fitness.

Felix Annan reveals why he lost his Black Stars position

MTN FA CUP SCORED BOARD: Detailed Results On All Round…

Rustum Gameli Senorgbe: The Man To Officiate Hearts of…