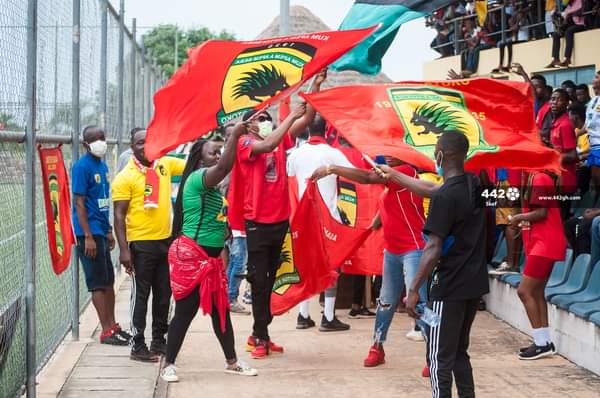 The Porcupines have signed 13 players ahead of the upcoming season , according to kick442.com in Cameroon, the Porcupine Wariors have met the release clause and taken away the Avion Academy’s skipper who has been a star man for the club and lead scorer in the past three seasons.

The forward who ended last season as the deputy top scorer in the Cameroon league one Championship with ten goals will continue his career abroad.

Mfegue masterminded Avion’s promotion to the top-flight in 2018 as one of the club’s main attacking options. Since reaching the big time he has top scored in all three campaigns.

It will be the player’s first experience abroad, thus ending his five years stay on the books of Avion Academy of Douala.

Mfegue Georges’ exit from Avion Academy creates a huge void for president Batamak Joseph to try to fill in the days ahead before the close of the Cameroon transfer window.

The former Intermediate and current Under-23 Lions of Cameroon International who earned International recognition into both National selections within the past 24 months has penned a three-year deal with the Ghanaian outfit and will be unveiled on Wednesday.

The Porcupine Warriors will open their 2021/22 GHPL campaign with an away trip to Dawu to lock horns with Dreams FC before they host Bechem United on matchday two.