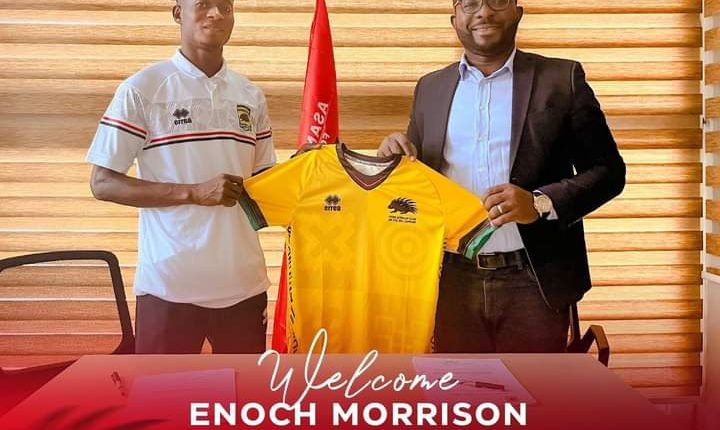 Asante Kotoko have announced the signing of mid-fielder, Enoch Morrison from King Faisal on a three-year deal.

The versatile attacking midfielder comes in as a direct replacement for departed Brazilian talisman, Fabio Gama who left the fabulous club following the expiration of his contract.

✍️ We are delighted to announce the signing of midfielder
𝐄𝐍𝐎𝐂𝐇 𝐌𝐎𝐑𝐑𝐈𝐒𝐎𝐍 🔥🔥🔥from King Faisal on a three-year deal.

Enoch Morrison becomes the seventh signing of the porcupine warriors who have intensified their pre-season in the capital.