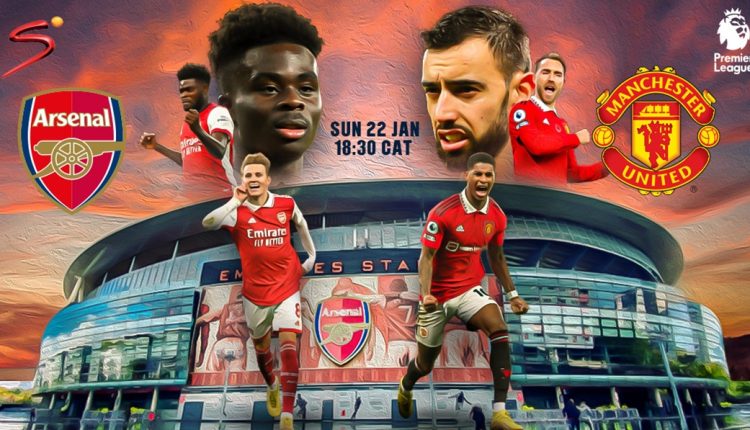 Man Utd are looking to complete only their second league double over Arsenal since Sir Alex Ferguson retired in 2013, doing so since then only in 2017-18 under José Mourinho.

This is the 29th Premier League meeting between Arsenal and Manchester United on a Sunday, with only Chelsea v Liverpool (32) and Liverpool v Man Utd (31) taking place more often on the day. 65 per cent of Arsenal’s Premier League victories over the Red Devils have been in Sunday games (11/17).

How much Premier League clubs will earn from World Cup with…

Manchester United won 3-1 against Arsenal in September, with the Gunners top of the table. The only side they’ve beaten twice in the same Premier League campaign when the opponent was top both times are Newcastle United in 1995-96.

This is just the third time Arsenal are hosting Manchester United in a Premier League match while top of the table, with the previous two meetings ending in draws – 1-1 in March 2004 and 2-2 in November 2007.

Arsenal have scored in 17 of their 18 Premier League games this season, though the exception was their last home game in the competition (0-0 v Newcastle). They’ve not failed to score in consecutive league matches at the Emirates Stadium since November 2020.

Bukayo Saka has scored in his last two Premier League games against Man Utd – only Freddie Ljungberg (1998-2000) and Thierry Henry (2000-2001) have scored in three in a row for Arsenal against the Red Devils in the competition.

Man Utd’s Marcus Rashford has been involved in eight goals in his 10 Premier League starts against Arsenal (4 goals, 4 assists) – against no side has he produced more goal involvements in the Premier League than versus the Gunners.

Arsenal’s Gabriel Martinelli has been involved in 10 goals in his last 10 Premier League games at the Emirates Stadium (6 goals, 4 assists), only failing to either score or assist a goal in two of his appearances in this run (vs Fulham and Newcastle).

DOL REPORT: Sharp Shooting Baba Musah At The Double As…

How much Premier League clubs will earn from World Cup…