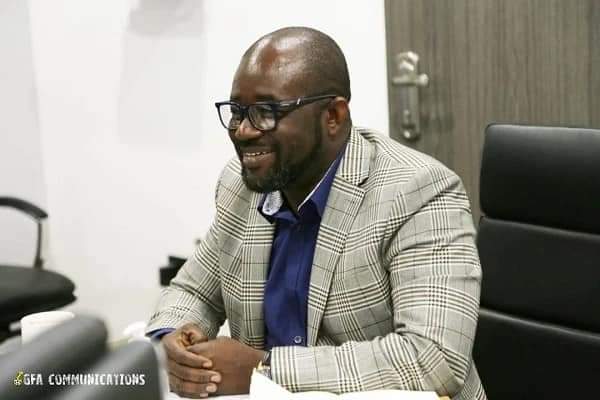 Mr Okraku after massive criticisms after the Black Stars’ poor performance at the 2021 Africa Cup of Nations [FCON] has led the team to book a place in the 2022 World Cup at the expense of Nigeria.

Gyan speaking in an interview argued that Mr Okraku, who came into office at the end of 2019, took charge at a difficult time, as COVID-19 crippled football across the globe just months later.

The former Sunderland forward, however, believes Kurt Okraku handled his role creditably despite the challenges he was faced with.

“Kurt is a good football administrator, He knows football and he did so well handling his own team. He came at the wrong time, with COVID-19 having an effect. It was difficult to bring different people together. He’s been able to manage things very well. Kudos to him,” Gyan said on Asaase Radio.

Gyan further added that Kurt may have his critics, but his own experience with the GFA boss presents a positive image of the administrator and the work he has done so far at the GFA.

“People have their own opinions. People close to him know the work he’s doing behind the scenes. For me, from my experience and from what I’ve seen, he’s a good guy. He’s doing an incredible job. Kudos to him he’s doing well,” he added.