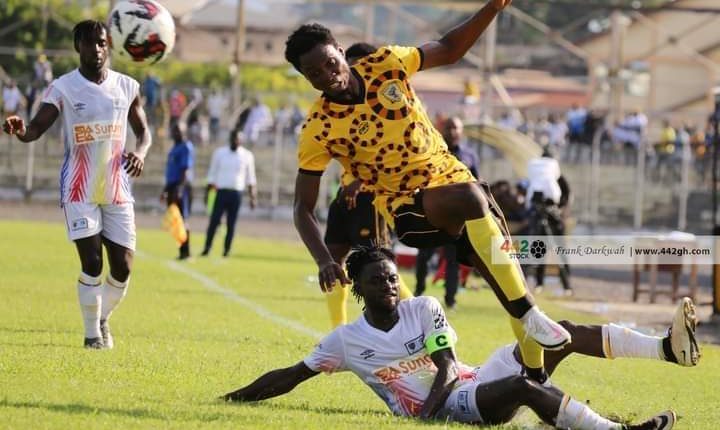 The Ghana Premier League had some exciting and mouthwatering games this weekend. Records were set and broken this weekend as the various teams were in the quest to grab all three points.

Techiman Eleven Wonders are the only team yet to score in the Ghana Premier League this season. They lost 1-0 to Ashantigold SC, drew 0-0 with Berekum Chelsea and Medeama SC and lost 2-0 to Asante Kotoko.

For the first time since July 2021 at Bechem, AsanteKotoko have scored a goal in the 1st half of a Ghana Premier League game this season.

Kotoko have conceded just one goal in their 4 matches this season – the fewest they’ve conceded at this stage of a league season since 2017.

Dreams FC’s Fatawu Issahaku is the only player to score against Asante Kotoko this season.

Newly promoted side, Real Tamale United are winless in all 4 away league visits to Aduana Stars. (W0 D0 L4)

Aduana Stars have ended a run of three straight league games without a win. West African Football Academy are the only league team to trail in all of their games this season.

Dreams FC youngster, Fatawu Issahaku has scored in all of his three league games for Dreams Football Club. No side has also scored more first-half goals in the GPL this season than Dreams FC.

Accra Great tOlympics have conceded three first half goals in a home league game for the first time since June 2017 vs Tema Youth.

With just three points from their opening four league matches this season (D3 L1), Hearts Of Oak have made their worst start to a league campaign this century.

🇬🇭King Faisal lost their first game in the GPL

🤝Only Asante Kotoko have won all their games in the league.

🤝Paul Atta Agyei of Berekum Chelsea scored the 60th goal of the season.

🤝Hearts of Oak, Eleven Wonders and WAFA SC are yet to win a game.