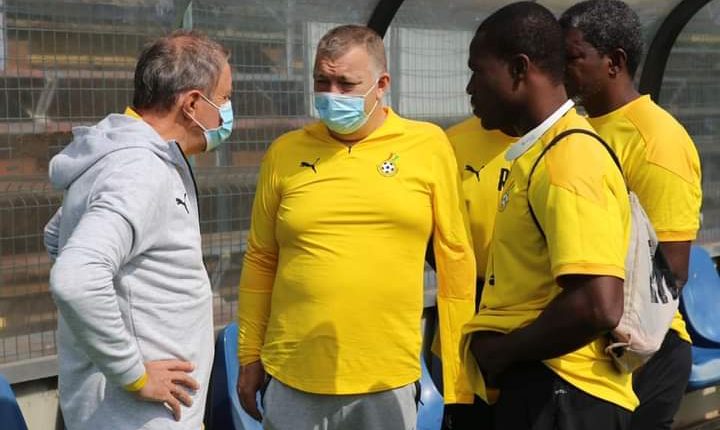 Head coach of Ghana, coach Milovan Rajevac has intimated the Black Stars’ approach to the last group G game against Bafana Banafa of South Africa will be that of preparations for a final.

The Serbian trainer supervised a frustrating afternoon penultimate group game against the Walias of Ethiopia when the East African side held their more illustrious opponents to a one-all stalemate at the Orlando stadium.

The results has since proven to be a huge dent on the West African’s quest to book their fourth appearance at the global showpiece following South Africa’s one-nil win over neighbours, Zimbabwe which means the last group game must be approached with all levels of seriousness.

“Of course it’s distracted us a little bit but we have to forget this as quickly as possible because we have a crucial match on Sunday and for us it’s important to concentrate on the next match and to get what it takes in order to win,” coach Milovan intimated after the game.

“Whatever happened today even if we won today, we would have needed to win the last match so definitely the last match is a crucial one so we have to give our best, to rally our troops and deliver a good performance and get this place ion the play offs,”

The experienced trainer described Ghana’s last group G game against the Bafana Bafana will be like a grand finale.

“Definitely everything will be decided on Sunday. This is what we expected before so the last match will be like a final match, a deciding match to take us to the next round”

Ghana must defeat South Africa to book a spot in the final phase of the 2022 FIFA World Cup qualifiers.