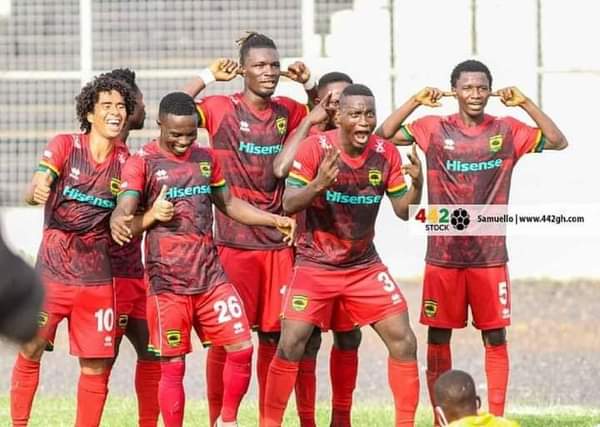 Asante Kotoko intensified their preparations for the 2021/22 football season with ninth Signing on the Ghanaian transfer market.

The Porcupine warriors have completed eight new arrivals already, added a new attacker to their attacking machinery with the arrival of Berekum Chelsea captain.

The much sort after attacker account for 15 goals in all Competition in the 2020-21 season, provided 7 assists alongside three Man-Of- The Match awards In the Ghana Premier League.

He joins an attacking department that has Fabi Gama, Francis Andy Kumi, Solomon Sarfo Taylor and Clinton Opoku for the 2021/22 football season.

The full list of all nine players signed by Asante Kotoko is seen below;