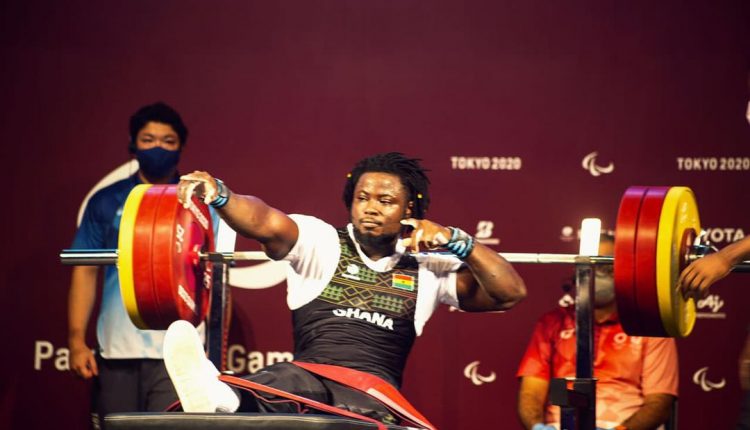 A Japanese man after watching the Powerlifting competition especially Ghana’s only competitor at the -72 kg class said he was impressed by the composure of the athlete in addition to his performance.

He later revealed that after reading in the Japanese daily newspaper and reviews on television about the feat chalked up by Emmanuel Tetteh Oku, he was moved to help the young athlete who made his first Paralympic appearance. 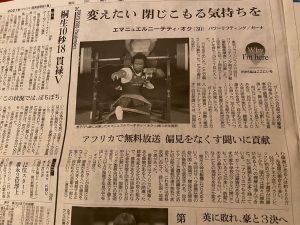 The philanthropist who wants to remain anonymous revealed that he lived in Ghana for more than 2 years in the 60s and has since been drawn to Ghana.

The NPC President Mr. Samson Deen thanked him on behalf of the athlete and assured him of greater successes. It is on record that Nkegbe Botsyo has made the most Paralympic appearances for Ghana, contesting in the T54 sprint events at three consecutive editions of the games between 2004 and 2012. Anita Fordjour has achieved the highest ranking of an athlete from Ghana, placing seventh in both T53 100m and T53 200m at the 2012 games in London before the Tokyo 2020 Paralympic Games which Emmanuel NII Tettey OKU has beaten to take the most mark ever achieved by a Ghanaian at the Paralympic Games.

The philanthropist who engaged the President of NPC-Ghana, Mr. Samson Deen and NPC-Ghana Secretary General, Mr. Peter Adjei during the presentation also disclosed his interest to “build an indoor Sports Center” for Ghana.

Media Accreditation And Support For Tokyo 2020…