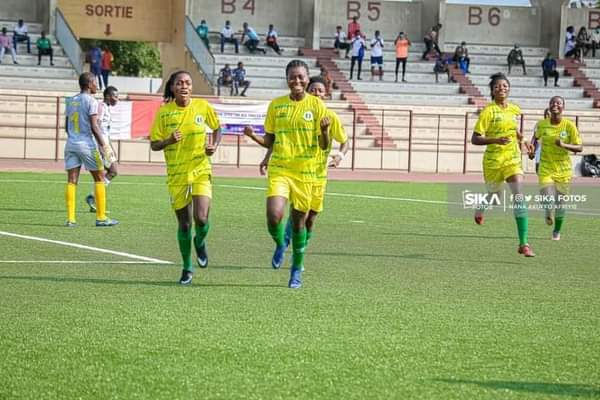 Ghanaian Champions Hasaacas Ladies booked one of the two tickets to the annual female championship with a 2-0 semifianl win over Burkina Faso’s Union Sportive des forces Armee in the first of two semi final clashes.

Two goals from both halves of the game was enough to see the Ghanaians make a historic appearance at the tournament.

The Doooooooo have also reached the the final of the WAFU Zone B qualifiers, where they’ll now face either Nigeria’s Rivers Angels or Togo’s Amis Du Monde.

The CAF Women’s Champions League competition is a new competition introduced by CAF to develop women’s football product in Africa. It will feature top teams from all over the continent.

To decide the teams that will participate at the final competition in Egypt later this year, Zonal Qualifiers will be played as eliminatory rounds.

The maiden CAF Women Champions League to be staged in Egypt later in 2021.
Credit: 442gh