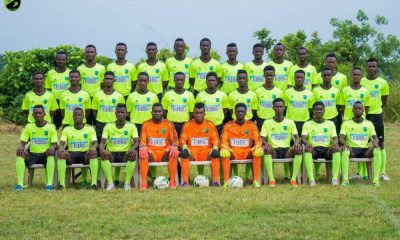 1. That the Committee having satisfied itself that the evidence adduced before it supports the charge of misconduct against the club for withdrawing from all competitions without just cause hereby finds the club guilty of the charge.

2. That having found Phar Rangers FC guilty of withdrawing from the 2020/21 Division League, the Committee hereby impose the following punishment on the club and its Shareholders and Directors:

A. that Phar Rangers FC is hereby suspended from all competitions of the Ghana FootballAssociation for a period of Five (5) years effective this 2020/2021 football season in accordance with Article 13(3) of the Division One League Regulations.

B. that accordingly, Phar Rangers FC shall only be allowed to join the Regional Football Association league upon the return after five season at the lowest league of the region.

C. that the Shareholders and Directors of Phar Rangers FC on the records are hereby alsobanned from all football activities for a period of five (5) years effective from this 2020/2021 football season in accordance with Article 13(3) of the GFA Division One League Regulations.

D. that having suspended Phar Rangers FC from all competitions of the GFA, the Disciplinary Committee hereby furthers orders that the players of the club shall apply and shall be granted free agent status by the Players’ Status Committee of the GFA, free all encumbrances save the conditions attached to the transfers from their previous clubs to Phar Rangers FC.

E. that the Disciplinary Committee further orders that the suspension of Phar Rangers FC shall not relieve the club of its financial obligations which have already accrued towards the GFA or any member of the Association.

3. That the GFA and its Committees are hereby ordered that any match which that Phar Rangers FC is scheduled to play shall be considered forfeited and accordingly three (3) points and three (3) goals shall be awarded in favour of the opposing club.

4. That should any party be dissatisfied with or aggrieved by this Decision, the party has within three (3) days of being notified of this Ruling to appeal to the Appeals Committee.