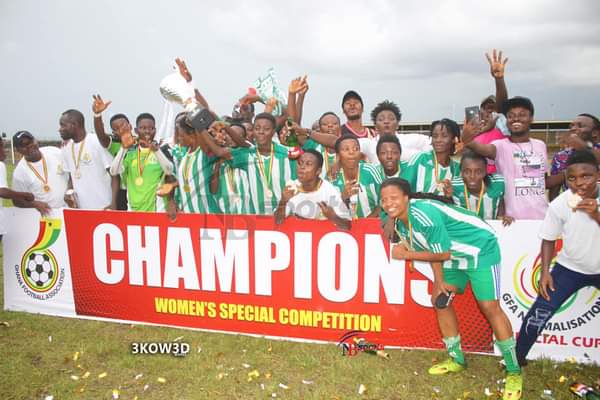 Beating Ampem Darkoa Ladies for the 3rd time to secure the title.

The Giants made a giant claim of being the most successful women’s league side.

Hasaacas Ladies qualify for the maiden edition of CAF… 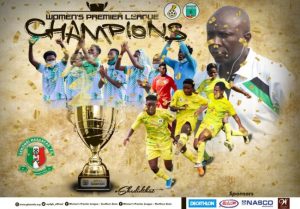 Coach Yusif Basigi paraded similar lineup used most time throughout the season; Grace Banwah held the position in between the sticks as she’s done all throughout this season’s competitions.

Comfort Owusu took her place on the right side of defense – Janet Egyir and Regina Antwi took the central position role whilst Queenabel Amankwa held her own at the left flank.

The middle saw the trio of Azumah Bugre, Faustina Nyame Aidoo and Evelyn Badu holding it tight whilst the front three were the usual combination of Veronica Appiah, Doris Boaduwaa and Milot Pokuaa. 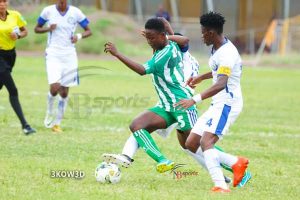 An rainy day pushed the starting time from 4:00P.M. to 5:15P.M. but that didn’t deter Hasmal Ladies from selling one of the best games seen this campaign.

Faustina Nyame Aidoo on the 11th minute mark connected to a Milot Pokuaa tailored set piece to put Hasmal Ladies in the lead before going off with an injury after a tackle from Justice Tweneboah.

She was replaced by Doreen Copson and nothing changed in the middle.

At the half hour mark, it was another headed goal, same architect in Milot Pokuaa but Evelyn Badu was at the end of the matter to put Hasmal 2-0 up before the break. 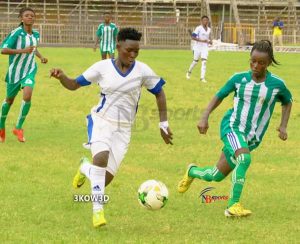 The team returned from the break with similar intensity as they left off in the first half.

Doris Boaduwaa ever charged connected to a hat-trick of assist from Milot Pokuaa, she connected to a rebounded free kick which was loosely handled by the goal keeper as Hasmal stood 3-0 up.

She scored the game’s 4th and her 10th of the campaign at the 84th minute as Hasmal ended the game 4-0.

Super Clash: Five Key Hearts Players to watch out for ahead of today’s game

Hasaacas Ladies qualify for the maiden edition of CAF…