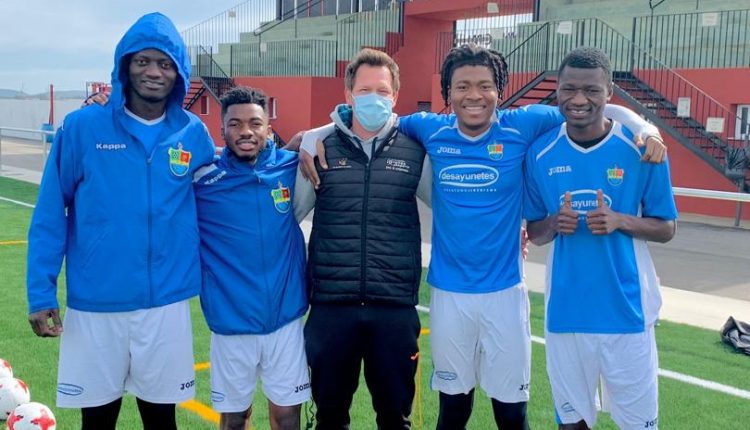 Hernan Cortes sings words of greatness no one can fathom on Star Makers quadrant lads who displayed a magnificent debut season in Spain.

21-year-old striker Baba who is a goal poacher played nine matches out of 18 league matches due to some injury set back along the line.

Baba have contributed to nine goals during the 2020/21 season for Cortes. He scored five goals with four assists and twice awarded Man Of The Match.

19-year-old deep-lying playmaker and highly technical and creative midfielder James played all 18 matches during the just ended season for Cortes.

Predominant 18-year-old left-footed player Addo, was on a five star performance throughout the 2020/21 league campaign.

18-year-old attacking and creative midfielder Abdul Rahman who can be used as a box-to-box player because of his great vision on the ball scored a goal and played 16 league matches for Cortes.

The Insha Allah young lads join a leading train of growing number of youngsters from the West African country to be signed by lower division sides in Spain.